Future insurance technology will be in the cloud
Aug 24, 2021

Warsaw, August 24, 2021: Cloud computing will become a common technology in the insurance industry over the next decade, surveys by Sollers Consulting show. Robotic Process Automation (RPA) is seen as more important in the market than Artificial Intelligence and Machine Learning, while Telematics and the Internet of Things are weighted comparatively low.

More than eight of the top ten insurers in the markets will rely on cloud and robotic process automation (RPA) in 2031. Artificial intelligence and machine learning will also be important, but they score slightly lower than RPA. While open APIs are almost as important, the Internet of Things (IoT), telematics and blockchain are not seen as top issues in the insurance industry. That’s the finding of a survey of insurance industry executives and professionals by Sollers Consulting.

“The willingness to innovate is widespread, and innovation will impact critical functionalities. Insurers will form more partnerships. To modernise their IT, they will rely heavily on cloud solutions,” comments Michał Trochimczuk, Managing Partner and Co-founder of Sollers Consulting.

“The differences in attitudes toward innovation across markets could be related to the different levels of digitalisation and awareness of disruptive power in each country,” says Marcin Pluta, Managing Partner and Co-founder of Sollers Consulting.

Sollers Consulting celebrated its twentieth anniversary in 2020 and 2021. During this time, the consulting firm surveyed about 80 managers and professionals in the insurance industry in Europe, the United States, Japan, and on other markets. Part of the survey was devoted to automation, which plays a crucial role in the development of the insurance company of the future. Insurers see the greatest potential for automation in the areas of reporting, policy administration, back-office processes, as well as claims processing. Between 68% and 81% of respondents believe these administrative processes will be highly automated. Sales is still seen as a face-to-face interaction in the industry. However, 33% of insurance managers and specialists believe that sales will be 70% or more automated in the future.

“Banks and insurers are making great efforts to digitalise insurance sales. However, to be successful in doing so, they need to implement flexible insurance platforms that enable them to respond quickly to changing markets,” comments Trochimczuk.

“Aggregators have changed the insurance industry from a technical perspective as well. Insurers have been forced to develop solutions to serve price comparison websites very quickly. Speed and price have become more important in the insurance business. This is still a challenge for insurers,” says Pluta.

Insurers are paying increasing attention to their core systems, which in many cases lag behind technological developments. Insurance executives and experts are convinced that core systems are moving to the cloud. Core systems “on cloud” score highest among Sollers survey respondents, while “on prem” scores lowest.

The surveys show that nationally developed core insurance systems appear to be more important than core systems that are developed internationally.

“In the view of globalisation, the national mindset in this area may be surprising. But insurance is still a very country-specific business. Regulation is one of many reasons for this,” comments Trochimczuk.

The speed of digitalisation has not yet reached its limits, and there are clear signs of this, summarises the Sollers report. While the insurance industry talks a lot about data-driven business models, the value of data is only used in very isolated areas. 5G will increase the amount of data available. For insurers, it is a challenge to use it. Industries such as gastronomy, tourism and media have been greatly changed by the internet.

“The products have not changed significantly, but the way they are offered and sold is completely different. I am convinced that the same will happen in the insurance industry. It will even go further,” says Trochimczuk.

The full report can be accessed here. 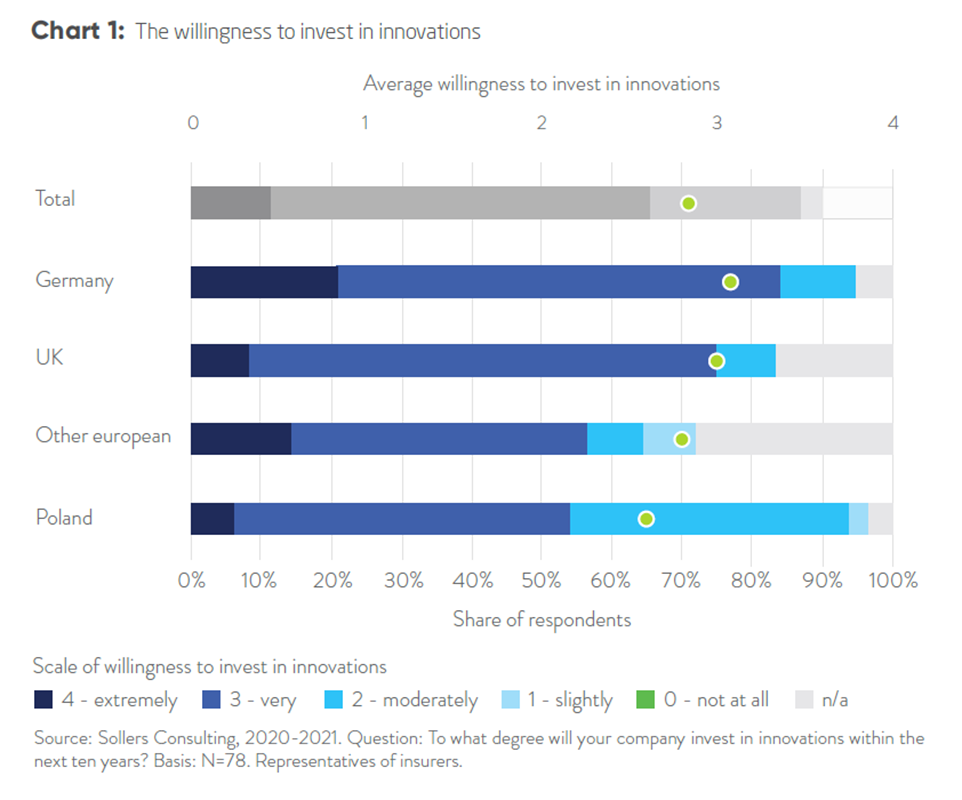 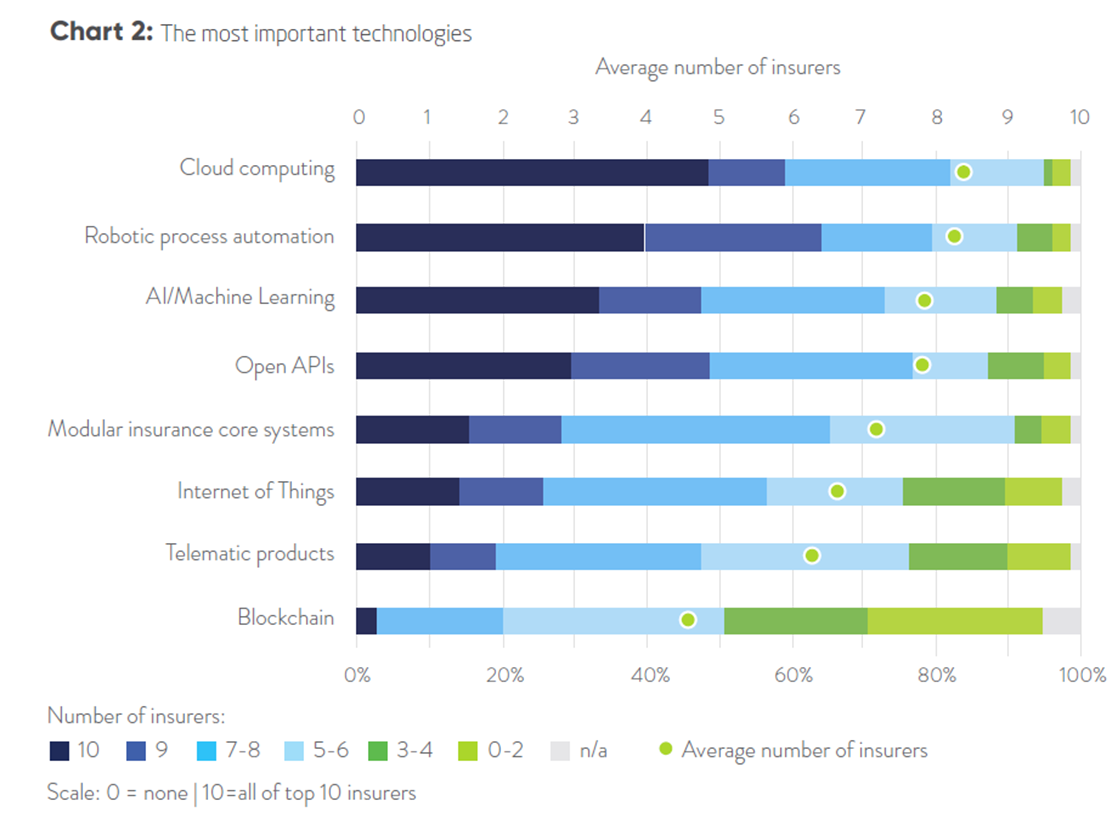 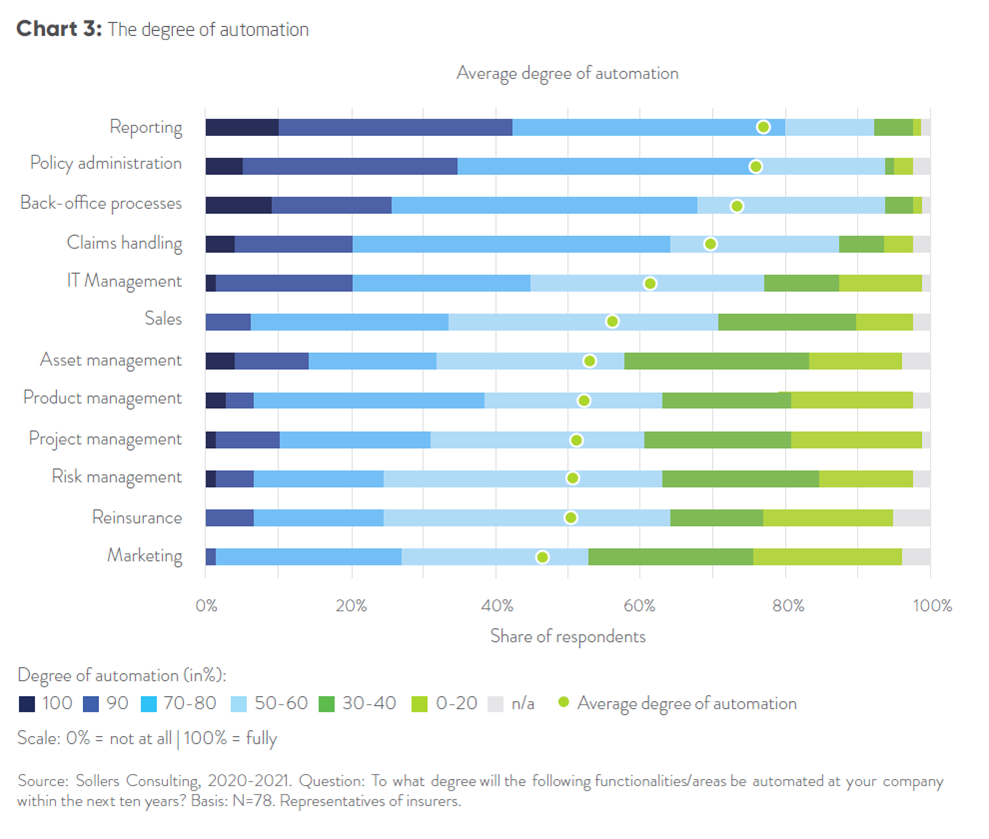